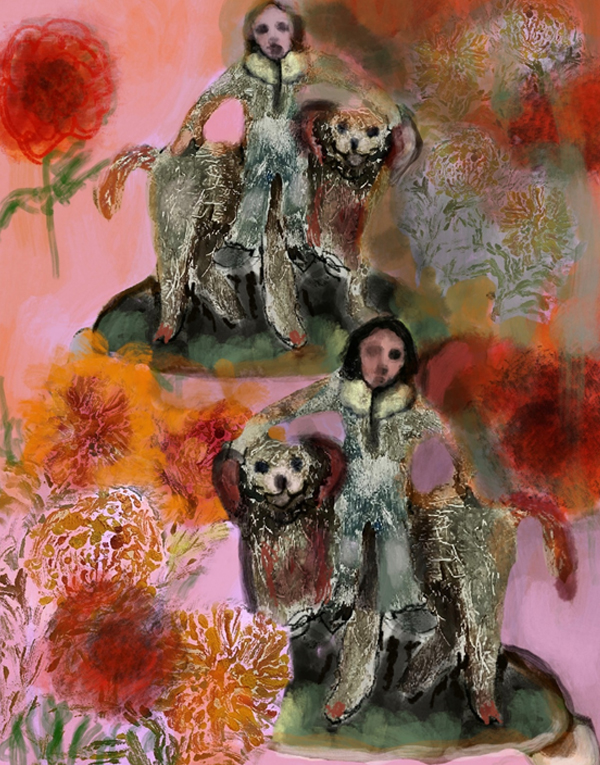 Abecedarian for Death by Euthanasia

After I give release, the body
becomes a decision made. No longer body, it is now
corpse. A memory to dig a hole for or to scatter in a garden. In
death there is no pain. No tails to wag or faces to lick, no
excitement, only stillness. Once breath
fades, I remove all mark that I was here. I am
giver of an ending. My instruments
have no place beside the already dead.
I cover, shroud with a blanket.
Just right so that it cradles the head,
keeps all that emptiness warm.
Love looks a lot like letting go, sometimes. I touch an arm,
my job is to make that easier, the
need to hold on, the inability to face that it is
over. That no one will wake you at 6am to go out to bark anymore. I
place them down with the gentleness of a lover. Let those left behind collapse
quiet as ashes on the ground. I am the walls they lean on, the foundation, their
rock. I am the only one still
standing in these final moments, after life has left the room.
Twisted as it may sound, the body
understands. Makes space for the leaving from the
very beginning. The last breath of relief has become my most trusted sound.
When my time comes, I hope to be held
exactly as I have held these creatures before – calm
yet gentle. Certain yet compassionate, a
zone of everything will be okay – now you can go.

Melissa Sussens is a queer veterinarian and poet. Her work has appeared in Kissing Dynamite, Anti-Heroin Chic and SFWP Quarterly, among others. She placed 2nd in the 2020 New Contrast National Poetry Prize and lives in Cape Town with her fiancée and their two dogs. Find her on Instagram @melissasussens.