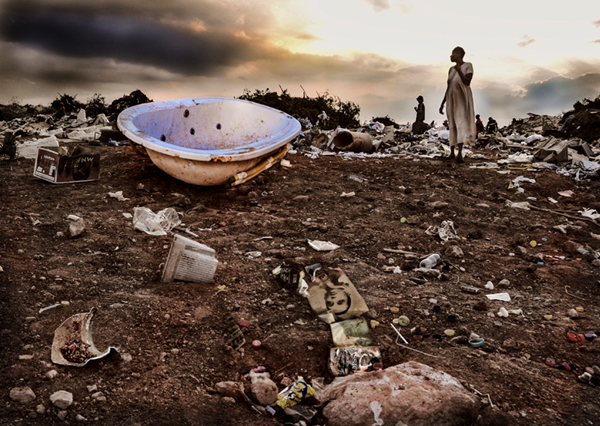 Confession booths out of lofty balconies.

We kneel in front of the remaining trees.

The new offshoots in concrete

Written off as weed—

The soil knows only what it grows.

Born as a raita amongst leafy kindness,

You ward off tourists in the farmland

As meticulously as parasites in a crop.

Two months after the wind takes down

The watchtower at the farm, there’s enough

Tarpaulin pieces to stitch together a new roof,

Thanks to the saheb in the new society

Where you wash cars.

The ooru grows beyond

Into app-driven zones that accept delivery.

Comparing the bill for a dining order

With his measly pay as a delivery boy.

Isn’t the tale of Bangalore,

The tale of food too?

Notes: Raita is the term for a farmer in Kannada language. Saheb is often an equivalent for Sir in India. Ooru is a village in Karnataka.

Aditya Shankar was born and raised in India. His poetry, flash fiction and translations are in journals and anthologies around the world. He has been nominated for Best of the Net and the Pushcart Prize multiple times. His most recent book XXL (Dhauli Books, 2018) was shortlisted for the Yuva Puraskar (selected by Sahitya Akademi). Shankar’s other books are After Seeing (2006) and Party Poopers (2014). He lives in Bangalore.

Born 1976 in Durban, South Africa, Tanisha Bhana is an interdisciplinary artist who also practices as a financial attorney. Through her use of photographic montage, she composes a new visual narrative with layers of charged images. She has participated in numerous collaborative projects, most notably the display of works with poet and activist, Dr Rama Mani, for the performance-dialogue on “War, Women and the Human Spirit”, at the Winnipeg Art Gallery, Canada, in June 2014. She has been awarded several awards including the New and Multi-media and Photography Award by the Thami Mnyele Foundation in 2013. She regularly participates in group exhibitions locally and internationally.