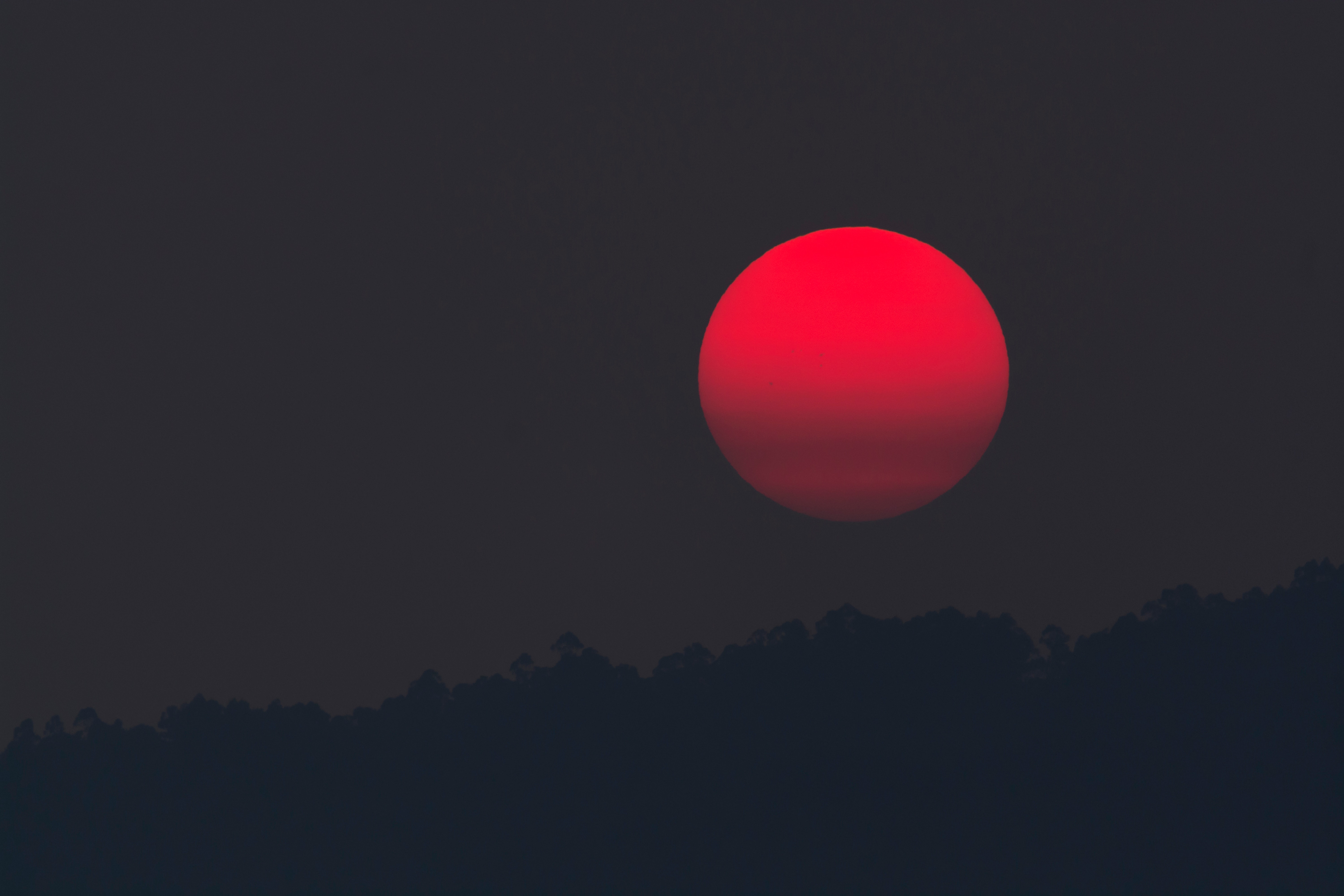 Growing tired of the pointless routines of everyday life, Keith decided to become a wolf. He would give away all his belongings since they’d be of no use. Wolves don’t need phones to communicate, or clothes, or books to dream of alternative lives, or electricity polluting the light of stars. First, he donated his raincoats, suits, and formal shirts to charity, and used his savings to buy a gorgeous grey and brownish fur coat, to make himself a wolf suit.

To get rid of his furniture, his flat, and every household item, he called Rick, his only friend.

“You can keep my things, mate. Yeah, yeah, do whatever you want with ‘em. You can move into my flat. I won’t need any of that where I’m going.”

Rick was a good chap, but Keith wouldn’t miss him. In fact, he looked forward to befriending a better sort of creature: a brave, bold, wolf – two times bigger, a zillion times more interesting. And he wouldn’t have just one wolf friend but a fierce pack. He could picture it, his new life, with the wolves.

Keith practiced every day for his time in the woods and once he quit his job at the Post Office, he’d spend his afternoons from 1 to 6 dressed up in furs, running four-legged around the apartment, imagining how the twigs and grass and mud would feel under his feet and hands. The carpet flooring didn’t help – too comfortable. So, he’d wet it and pretend it was soil; then, he’d add some dry leaves from the neighbour’s garden and make mock twigs by spreading dry spaghetti sticks across the floor. After running in circles for a few hours, he’d stop by the window and wait for the moonlight to come. There, he would raise his chest, bring out his sweaty face from beneath the fur cape, and clear his throat to let out the loudest howl his non-wolfish voice could make. He’d howl to the moon and raise his face again and again and howl to the skies as if demanding an answer. But none would come. The crickets and cicadas would resume their songs, and the neighbour’s Great Dane would stare at him from the window across and tilt his head. That silence wouldn’t last much longer, Keith thought. In just a matter of days, his howls wouldn’t go unnoticed.

A few times Keith hesitated, though. Would the wolves accept him? Was it a good idea to forsake the life he had, the people he knew? But then, he mused, few would miss him. He had no pet to feed. Rick was already planning to sell the flat. His neighbours ignored him outright, and no one depended on him. Yeah, the human world wouldn’t care if he was gone.

Apart from his mother. Mum would be heartbroken. Keith loved her dearly, so he had to prepare her for his departure from the human world: he could change his profile picture for a wolf in all his social media and share with her some playlists with howls and running water and wind in the trees.

“Nature’s peaceful, isn’t it? Sometimes I wish I could live in the woods,” he’d hint to her, and Mum would send a smiling emoji.

The last time he visited her, they watched a movie together: Dances with Wolves. Keith pointed at the protagonist and told her, “He’s my favourite character”. He liked his journey, befriending ‘Two Socks’ the wolf, finding a family, a pack, no longer being alone. Mum laughed and said, “I think I like Spaghetti Westerns more”.

The day to leave came, and he wrote a letter to Mum:

Don’t cry for me. I’ve found happiness somewhere else.

If loneliness is too much to bear, open the window and howl, and I’ll make sure you get an answer.

Early that morning, he’d driven to her place to leave the letter under a pot on the porch. Then, he drove down the highway, his last action as a human being. Finally, when the army of trees appeared on the horizon, Keith knew he’d reached his destiny. He left his car – the last trace of his past life – in a meadow, took his furs from the trunk to wrap himself in, and shot towards the forest, to find his friends.

The wolf once known as Keith contemplates the wild woodlands. The soil is colder than the wet carpet in his flat. This was no dry spaghetti sticks or neighbour’s leaves and trimmed shrubbery. His bare feet sink in uneven paths of rock and mud and stepping on branches and spiky plants rip and tear his sensitive skin. And yet, he runs and climbs rocks and slopes to find his pack.

The frequent cries of discomfort warm up his wolf voice. He considers that once the wolves hear him weeping, they’ll come and lick his wounds. He’ll pay them back by looking after the cubs and helping his new friends to hunt. He might not have flesh-tearing teeth, but a couple of hands with opposable thumbs will come in handy. The sun is already setting; he has to find them soon.

But no relief comes when the shadows of the pines fuse with the gloomy skies of dusk. Flocks of ravens caw; the wind shakes the leaves to accompany their melody. And the wolves are nowhere to be heard. Nevertheless, the background music of the woods reminds him of the hymn of wolves, the howl he had practiced to call them. Once more, he raises his chest, summons his wolfness and lets out the song of his spirit to his fellow kin and the whirlpool of sounds among the trees. Ahhoooo Ahhooooooo Aaaahooooooooooo he howls, louder and louder, but as he continues, he realises how small his voice is against the rumbling forest. His call wavers like the trail of sunlight on the horizon, and his fear grows, with the encroaching night.

Was this a mistake? Had he still time to go back to his car, to his home, to Mum? Would he be able to find his way back in the darkness? The path now seems so unfamiliar, and his decision, irreversible.

He sits on a rock as cool as a tombstone, unsure of what to do. As he thinks of turning around to find the way back to the human world, the silence of dusk is broken with the feral howl . . . of a wolf! Joy fills his heart; the forlorn cry of his new kin revives his feeble voice and loosens the tightness in his throat. He raises his head to the starlit skies, ready to let out a new howl, hoping the other wolf will find him. But before a thread of breath comes out of his mouth, a new howl answers its brother’s call. Like a domino chain of echoes, new howls follow the previous ones. The wolves are calling their scattered family, all together in a wondrous song. And he howls, howls, howls to be found, to be noticed by his pack. But, oh, his feeble cries go unheard under the choir of lonely creatures as it shifts into a fearsome wailing that engulfs the wolfman’s human voice.

And so, his call falters like a dying candle, and he grows smaller and smaller like his will, until he curls his non-wolf body into a moss bed. He closes his eyes and sinks his fingers into the soil – a welcome relief for his wounded skin and his cold bones.

Hush. The wind sings a melody unheard. Oh, at last his silence feels akin to something: the odd yet soothing language of the earth, the trees, and stars.

Andrea Mejía Amézquita is a Mexican writer who moved to the magical Edinburgh in search of new adventures and stories. She is a Creative Writing MSc graduate from the University of Edinburgh. Her debut novel, Los Sueños Más Oscuros, has been presented in festivals for independent authors in Mexico.