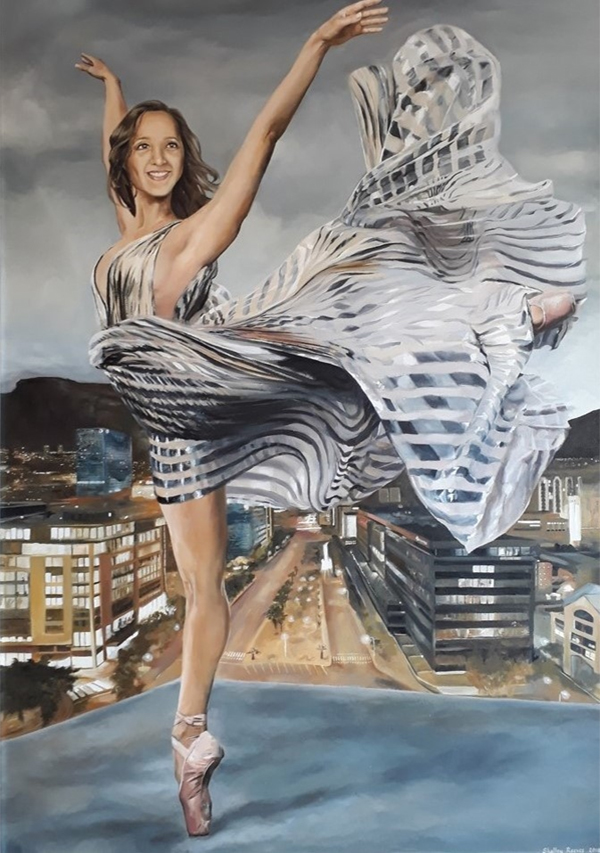 We Danced with Strangers

Laughter and the touch of strangers
are what I remember most that night,
moments before the old year gave way
to the new. We danced in circles intoxicated
not with alcohol, but with something that had
nothing to do with the past.

My brown arms grew sweaty as they rubbed
against someone else’s, someone I had just met
by chance. Our eyes reflected the flash
of colours in that dim tavern.

Rage Against the Machine
took turns with Lionel Richie
and Earth Wind and Fire.

It was the year Mandela never saw coming
while he was in prison, though he must have dreamed it
countless times when the lights went out,
or as he struck a rhythm from a boulder
with a state-issued hammer.

Dancing with a Phantom Limb

You laughed when you saw your hand try to scratch
the back of a knee that was no longer there.
My smile was a late and uncomfortable response.

The rest of your body swerved as if to deliver a kick
to a soccer ball that strayed toward us. We watched it
continue rolling past where your foot should have been.

Once you shuddered without warning, as if an exposed
electric cable had touched your leg, the one they had to sever
in an attempt to stop the cancer.

That beast, detected by instruments that traced
only what gets ravaged, played random games with your flesh,
drained the glimmer in your eyes at unexpected moments.

If I had known then how much you loved to dance,
I would have asked you to show me your best moves,
perhaps use my shoulder for balance.

A pair with three legs, laughing away
the awkwardness and the pain, as if we had known
each other since childhood and the day wouldn’t end.

Jim Pascual Agustin was born in the Philippines and has lived in Cape Town, South Africa since 1994. He writes and translates in Filipino and English. His most recent books are published by San Anselmo Publications in Manila: How to Make a Salagubang Helicopter & other poems and Crocodiles in Belfast & other poems.

Shelley Reeves obtained a Bachelor of Fine Art degree from Rhodes University, Grahamstown, in 1994, where her final fourth year examination painting was purchased by the University’s Painting Department. She completed thirteen years’ High School Visual Arts teaching in Port Elizabeth and Cape Town. Her first solo exhibition was held in Durbanville, Cape Town in 2017. Working primarily in oils and oil pastels, the Biblical messages of new life, hope and love are faithfully portrayed within the realistic realm of vibrant, figurative designs.